Joining FotoWare through Acquisition: an Interview with the Founder of Buildpix

Earlier this year FotoWare made its first acquisition, taking market share in Sweden and strengthening delivery towards customers, by bringing the team from Buildpix AB in house. It was the first of 3 acquisitions so far this year, which has seen FotoWare make further strides in Denmark and the United Kingdom through the acquisitions of InfoMAX ApS and Xenario UK.

Nine months on, we caught up with Christer Strandberg (former CEO and Owner of Buildpix) to hear about his experiences from the acquisition process, including why he felt the timing was right and what advice he has for fellow founders, owners, and others involved in an acquisition.

Firstly, how do you feel since selling Buildpix and becoming part of FotoWare?

I started in 1994 as a user of the FotoWare system and then started Buildpix in 2002. So, for me personally to end up working in professional services here in FotoWare has been a really nice solution. It has been great for the rest of the Buildpix team too - they're very happy being part of FotoWare and we're also delighted that FotoWare wants us to be here! 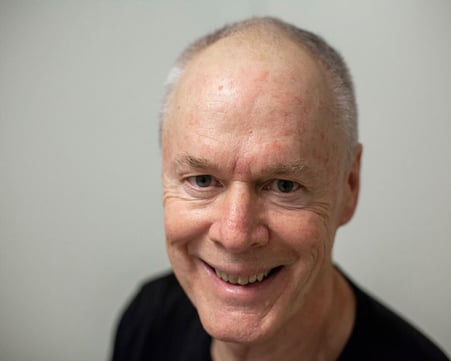 What excited you and your team about becoming part of FotoWare?

FotoWare’s a very progressive company with exciting new owners. We’re focusing on growing and developing the product and maintaining ourselves as a market leader in the Digital Asset Management world. We strongly believe we can do more together and earn more together as one company, and one united force. We felt confident that there would be additional opportunities and I’m positively convinced that we can do much more together as FotoWare.

How did you first find out that there was interest in buying Buildpix?

Well, it all started after I had a phone call from FotoWare. Then, after a letter of intent and non-disclosure was signed, we started the audit of Buildpix. We had a lot of spreadsheets to fill in, but it was very, very useful for us. It was educational and we learned a lot.

"It was a very fair and friendly atmosphere. The process was very open and transparent, and everything was explained clearly."

Did you have an idea about what the acquisition process would involve?

Well, we were put in contact with Viking Venture (FotoWare’s owners), who were very caring, and they explained every step of the process, along with the law firm. They were very clear about what needed to happen and what the next steps would be. They provided us with a checklist and everything we needed to deliver in terms of our agreements with customers and vendors, as well as financial agreements like company cars etc.

What was it like to start discussing the sale of the company you had built?

There was a good dynamic in the meetings. I never felt small, it was always on the same level. You can imagine these scenarios and think of the big company acting like a bully when buying the smaller one, but it was never like that. It was a very fair and friendly atmosphere. The process was very open and transparent, and everything was explained clearly.

"As an owner, sometimes you might feel you have reached the limits of what you think you can do with your resources ... Now, being part of FotoWare means we can deliver a much better service. It has lifted a lot of stress for us" From Buildpix to FotoWare: Christer (left) with Petter (middle) and Johan, on a visit to FotoWare HQ in Oslo

What other steps did you take after entering the dialogue with FotoWare and Viking Venture?

We took advice from an external company that also guided us through the acquisition, just to have a second opinion and to make sure everything was correct. This was important because when you think of why a company wants to buy you, it’s because they think you have value and something to contribute, but you also need to make sure your impression of your own company is realistic. It’s very important that you’re honest to yourself. You should think about how much have you earned historically, how much you have taken out of the company, and if you’ve made any bad investments – you shouldn’t expect the buyer to pay for that.

How long did the process take from start to finish?

From the first enquiry it took about two and a half to three months. I think it was a reasonable amount of time - I don’t think it could be done any faster!

What were the main benefits of being acquired by FotoWare?

As an owner, sometimes you might feel you have reached the limits of what you think you can do with your resources. When you receive RFP’s, you receive questions about things like ISO certifications, and as a small business we couldn’t meet those things. Now, being part of FotoWare means we can deliver a much better service. It has lifted a lot of stress for us.

"FotoWare’s a very progressive company with exciting new owners ... I strongly believe we can do more together and earn more together as one company, and one united force"

Why did you feel it was the right time to sell?

It was a good way to secure the jobs for our employees and was good for our customers too. I had a social responsibility for the rest of the team, they all had families to support and so I felt the responsibility to take care of them too. They are very happy being part of FotoWare.

What would be your best advice to anybody going through an acquisition?

Look more into things than just the money. You should really think about your role in the company after the acquisition, and it’s important to separate these things. Don’t mix your future and the money. It’s better to have a negotiation and agree about the money, and then talk about your future in the new organization. It’s important that you know and can trust that you’ll be an important part of the organization going forward.

Interested to learn more about FotoWare's acquisition plans? Read about our exciting international expansion in this interview with M&A Manager David Horton - or use the form below to get in touch directly.

Celebrating 2021: Our most popular articles of the year!