The Whys of APIs

As Forbes referred to 2017 as the year of the API economy, how far have we come? Wait, hold on a sec; shouldn’t we first define what an API is, how they've developed over time, and look at the possibilities that they bring? Good Idea! API stands for Application Programming Interface. It's defined as “a way of communication with a particular computer program or internet service” according to the Cambridge Dictionary. To put things into perspective, it’s actually thanks to an API integration that we’re able to create and share the great content that we regularly publish.

Given the ubiquity of software and its different applications in our modern society, chances are you are aware of the technology; you may even depend on it without knowing about it. For example, when you take a picture on your mobile phone and upload it to Instagram, that's your cell phone speaking to Instagram via their API. The need for APIs has arisen through time as different pieces of software from different vendors needed to talk to each other. With the development of the web, and especially with the ‘there’s an app for that’ craze that happened a few years ago, there's pretty much an API for anything you might want to do with your content as well. 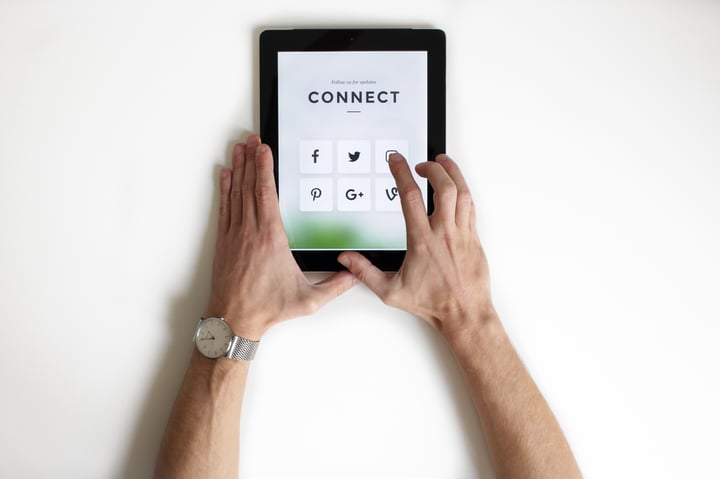 Photo by NordWood Themes on Unsplash

Now, what are the most common integrations? There are countless examples, but here’s a concrete example from our industry: You’ve hopefully heard of a CMS, or Content Management System. A DAM system, in this context, would therefore need to be able to connect with your CMS in order to publish the pictures that are stored in the DAM directly to the CMS, thus publishing those pictures in articles on your website.  This integration involves the use of an API: A developer who understands how the APIs of the source and target systems work, can easily create the "glue" that connects the dots and opens up for communication. Similar to a plumber who connects the pipes and then turns on the water.

There are countless other examples of this, but you get the gist (hopefully!). It’s essentially a data transfer, where you "open up" the application to transfer the data. Another good example is the integration between your website and your CRM system (and any other backend system such as Hubspot), which inhouse teams may heavily rely on.

Getting the most out of your tool

An API is more than just a way of communicating with another application though; APIs serve as a framework for integration, thereby enabling the person tasked with making the integration to speak the language of the program in question (that’s coding, to those who are more familiar with this), which is crucial to the data transfer. In this case, the API acts as an enabler, enabling the two-way flow of data between systems. A DAM system would therefore sit very nicely in a portfolio of backend systems, where it can host content that's published on the public-facing website and social channels, and can even be connected to a payment solution.

Whatever the scenario is though, you’ll need the API if you’re looking to integrate a DAM system from FotoWare with other web-based applications. Why not try our plugins for Microsoft Word and PowerPoint by creating a site using our self-sign-up link below? Please note; you'll need to install FotoWeb desktop to try the plugins, but you'll be prompted to install this when logging in.