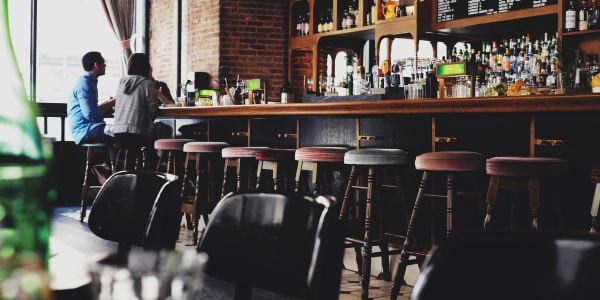 Keld Strudahl is a sports marketing and sponsorship expert. After almost two decades working at Carlsberg as Marketing Director, he now advises some of the world’s biggest brands, sports clubs, and commercial organizations. So, you could say that this interview about branding will probably be the best in the world…

We caught up with Keld shortly after the relaunch of the Danish women’s football top division about his role working on the brand and commercial strategy with UEFA and DBU. Read on to learn about his experiences as Marketing Director at one of the world's most iconic brands, and why he believes brand consistency is so important.

What is your role and what does it involve?

I’m an independent consultant working mainly on brand strategies and commercial sponsorships. I was the Marketing director at Carlsberg for almost 20 years and founded my own company BrandActivators 8 years ago. UEFA was one of my first clients and that relationship has been very good for almost 25 years; first as a sponsor myself with Carlsberg and secondly as a consultant on various projects.

What was your role at Carlsberg?

I was the Marketing Director and worked with all the brand strategy for Carlsberg. I started the whole sponsorship business at Carlsberg with the likes of Liverpool Football Club, the English FA, FIFA World Cup, UEFA Euros and the UEFA Champions League, so I got quite a bit of experience in sponsorships since the early 90’s. I was involved and part of the team who originally signed the contract after Liverpool FC won their last league title in 1991 – we thought very optimistically that this would continue on although, as everyone knows, it didn’t… But I must admit that it was a privilege to work with Liverpool in both the good times and the bad times.

How did you determine the KPIs and evaluate ROI as Marketing Director at Carlsberg?

We had 6 key KPI’s, which were a mixture of objective and subjective targets. We wanted a guaranteed level of exposure and to be able to measure clearly what we achieved. Secondly, our sales KPI was really important, because beer is volume-based and so connected with football, that was a very important topic for us to ensure we could guarantee and see the effects on sales – and, if not, where we had to re-adjust.

We had more in tangible areas like the 45,000 people working at Carlsberg to be connected to our sponsorships, so it wasn’t just seen as a HQ or CEO/management type sponsorship. We wanted to make sure each market was using the sponsorships and living and breathing them. I think through sponsorships, that was the first time that Carlsberg really started to get a worldwide connection. Then, we’d look into distributing, through partnerships with the likes of Liverpool Football Club, and measuring that extra distribution. One of our key topics was our acronym: CAIRO – consistency, attention, innovation, relevant, and organization, and I am proud to say that this still works as a framework.

What’s the most important thing to consider when building a brand?

It sounds really boring, but consistency is extremely important when you build brands. I’ve seen it in other sports brands, where after one season people will want to change things because they say it’s old and looks boring now. But Coca Cola haven’t changed their logo for over a century and Carlsberg haven’t either! You need to make that decision, but it’s very difficult now when there’s so much desire to change things. The fact is that for recognition, affinity, and integration you need to build the brand by building that relationship.
I remember when Carlsberg sponsored the Champions League, and at that time UEFA came and showed us the Champions League hymn. Everyone said that would be great for the start, but let’s change it to something else next year. But today, I don’t see anybody who hears that song and doesn’t think it’s fantastic. With branding, you need to renew a little bit and adapt, of course, but you don’t need to change things completely unless it’s really wrong. In my opinion, that’s where people often fail because they jump from things too quickly and need to have more patience in their mindset. Even though it’s a rather fragmented world today, and everything is on an extremely short-term basis, brands like Apple, Coca-Cola, or even newer brands like Airbnb, protect their brand quite well. If you want to be iconic, maintain your level of brand affinity, it’s important that you have that consistency.

What are the main challenges to brand consistency?

Brand work in general is not necessarily that difficult. It’s about maintaining the basic stuff built on research, values, and brand purpose, and I believe that’s the same method you have whether you work with the likes of Carlsberg or Kvindeliga. It’s a similar process, which can get more complicated with more stakeholders, but the building frames are still the same. It’s just a question of whether you’re building a small cabin or a skyscraper. It’s the same approach, just on a different scale. Having said that, I think there are a huge amount of challenges to maintaining brand consistency, because there are so many areas where you can go wrong. One challenge is to make sure that everyone understands the brand and that they have the right resources to be consistent. You have to make life simple for people - it’s ok to be ambitious but you need to make sure that people can follow the rules. The worst thing is to be too ambitious and unrealistic.

Connect with Keld on LinkedIn: https://www.linkedin.com/in/keld-strudahl-1b3a18/