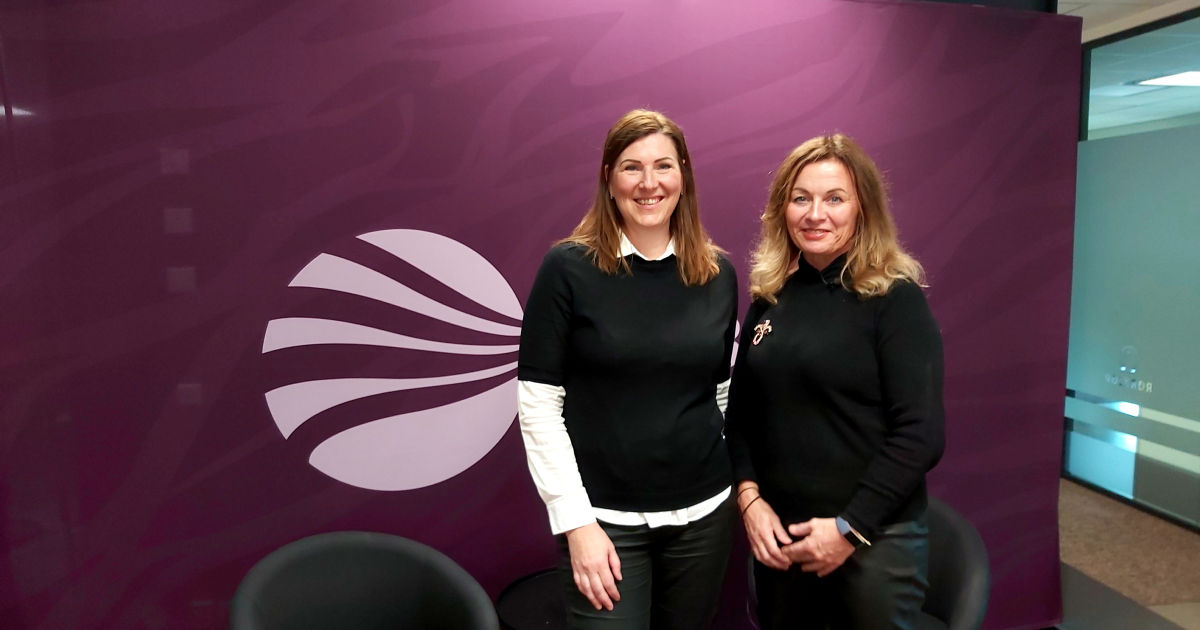 In FotoWare, we believe in the importance of having a diverse, gender-balanced company to inspire both cultural and business success. This focus is part of the reason we were recently ranked as one of Europe's greatest places to work. It is an area which our CEO, Anne Gretland, has a wealth of experience in, from leadership roles in the male-dominated tech industry, and as one of the founders of the Oda Network, a non-profit organization dedicated to increasing the number of women in tech. She is often invited to speak on the topic of female representation and last week she visited Lier to speak at the Ingeborg Inspiration Day.

This inspiration day was the third of its kind, hosted by the Ingeborg network, which works on increasing the number of women in the plumbing industry and improving their working conditions. The construction industry (where plumbing services is a central part) is undoubtedly one of the most male-dominated industries you may find, and a 2019 survey in Norway found that just 8 % of construction workers were women - and most of them had administrative positions.

With such a great gender imbalance, several female construction workers find themselves in the minority in their profession. Inspired by the Oda Network, Eli Hermine Heyerdahl Eide decided to create Ingeborg for women in the plumbing industry. The network is named after Ingeborg Markussen: Norway’s first female plumber and master plumber. Now, four years after its founding, Ingeborg has over 800 members. 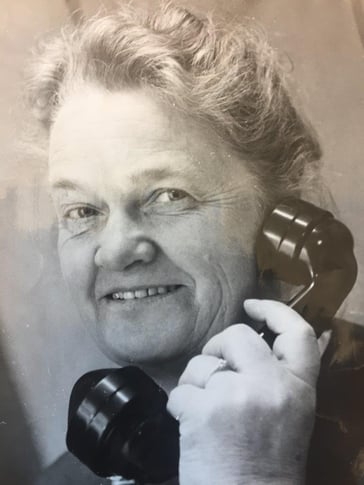 In her speech, Anne explained how tech companies often struggle with acquiring and maintaining a healthy gender balance - just like in the plumbing industry. In FotoWare, we have managed to increase the number of female employees from 21 % in 2017 to 47 % in 2020. It was never a matter of strict affirmative action, rather about improved communication and awareness of unconscious biases. For instance, we noticed that our recruitment ads had a big impact on who would apply for jobs in FotoWare. By changing the wording and adding pictures that included both men and women, we were able to encourage more female applicants to our positions. We also decided to have both men and women present at interviews, so that female applicants could feel more relaxed and able to present themselves in a more accurate way.

"This is business, so let's treat it this way"

However, no matter how much we talk about equality and female representation in both tech and construction, we still have to remember the economic elements. It is simply not enough to talk about female representation, it needs to be profitable. There are several scientific reports suggesting that it is, but it is just as important that everyone in the company knows why it is profitable, so that they are motivated to contribute in a positive manner.

At the event, Anne encouraged women in plumbing to stand by their demands and to make sure that it cannot be profitable to exclude women from the hiring processes. Noting that: “If nothing is done, a crisis will emerge. Because it is the industries where diversity is present, where competent people want to work. Both men and women.”

Increasing the number of women in male-dominated industries

So, how can one go about increasing the female representation in industries that are often dominated by men? According to Anne, we must start early. People start thinking about their future professions at a very early age, and if young girls are to learn that only men are plumbers, they won’t imagine themselves in such jobs. Therefore, we need to be mindful of how we present ourselves to the younger generations. We must think about how our profession looks in the media, and what pictures and terms are used to describe it. If we want more women to be plumbers – or work in tech for that matter – we need to show young girls that professions of this sort are not tailored to men only.

This is an area where the Ingeborg network is incredibly helpful: By creating a system to support women, they are making sure that the interests of female workers are taken into consideration at the workplace. For instance, until recently it was normal practice for female construction workers to have to change their clothes behind a curtain, due to the lack of gendered wardrobes. Until August of this year, there were no legal demands to secure separate bath- and changing rooms for female workers at construction sites. Getting the right work outfits is also a work in progress for women in construction, since a lot of the clothes are designed to fit men, and don't account for different body types between men and women.

These are all fixable problems. However, fixing them requires dedication from people who not only know about women's needs but are also familiar with the industry.

The importance of Ingeborg

It should come as no surprise that the construction industry – like many others – needs to keep hiring competent professionals. However, if they are to exclude almost 50 % of the population from consideration, then it will undoubtedly lead to a poorer recruitment process, and increase the risk of losing the best candidates. The Ingeborg network is therefore not just important for women in plumbing, but for the entire construction industry by making it a more attractive place of work, for both women and men.

At FotoWare, we embrace a growth mindset and are not afraid of change. We know that if we think the same way that people have always been thinking, then we will never move forward and pioneer innovation. We greatly admire the Ingeborg Network for sharing this attitude, and for their fantastic work which offers women in the plumbing services a place of understanding and support.

If what you have read in this article resonates with you, and you're interested in a career in tech, we're always looking for excellent new talent to help us on our mission! Discover our open positions here.

Winning the Diversity Leader of the Year Award