The Financial Times is the world's leading business publication, operating globally with offices in London, New York, Hong Kong and Manila, to name a few. In this interview, we spoke to Andrew Watkins, Senior Developer (2020), to discover how the world-famous publication has transformed its workflows and solved issues with image rights, using web-based Digital Asset Management.

What is your role at the Financial Times?

I’m the Senior Developer (Editorial Technology), so I work with the content management team and the systems used to produce the newspapers print and online content. The role has grown more over the last few years, and about 5 years ago Digital Asset Management was added to that as well.

How has your experience of working with a DAM been?

We had a DAM system that was managed externally and we’d had that since 1999, but it was getting very old and the user-base was limited to about 30 people. We’re a global organization with offices in London, New York, Manila, Hong Kong and elsewhere, and the old system just didn’t really scale. Because it was installed in 1999, it was a desktop application and we had massive latency problems. People in Hong Kong and Manila couldn’t use it as it took up to 15 minutes to upload an image. It was a big issue. It could only be used in London, so we started looking for a replacement.

What specific features were you looking for in a replacement DAM?

The main requirement was that it had to be web-based and it had to be able to be accessed throughout the world. We found a few products which were very, very expensive and it was difficult to understand what was happening in the system. What we realised was that we wanted a completely independent version of a DAM system that was easy to install, easy to use and could be rolled out to as many people as possible. 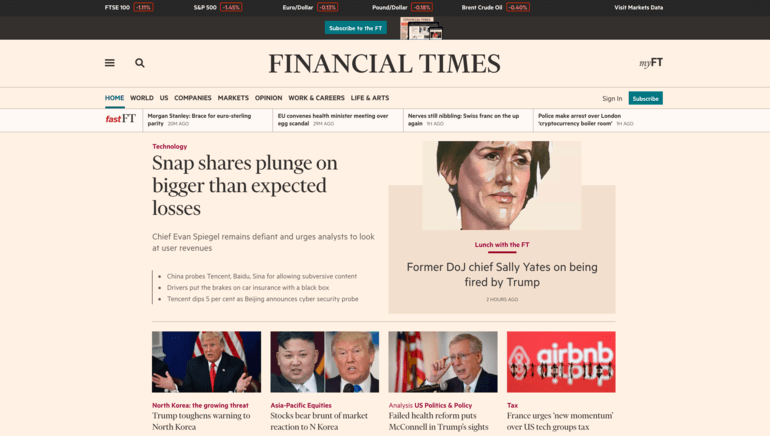 How has this benefited the Financial Times?

We’ve expanded the ability to source images from some users in our London office to about 150 people in offices throughout the world. People can choose their own images easily, put them into our content management system and use the images. It has democratized the whole workflow system.

When we introduced the new DAM system we also spent a lot of time getting the image rights issues sorted. So, when we use images from Getty we know whether we can syndicate them or not and whether we can use them on social media or not. With the old system, nobody really knew what was happening, but we now know what rights we have with every single image. Social media is a big player and our sister publications like Investors Chronicle or FT Adviser now use this system as well.

We’ve also been able to make changes to the way we get our assets into the DAM via the API. We use a cloud-based solution to post our assets straight in rather than using FTP because we, as a company, wanted to remove FTP as a protocol because we see it as a security risk. 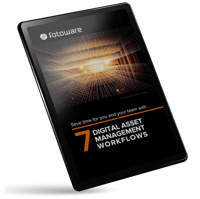 SAVE TIME FOR YOU AND YOUR TEAM
7 DAM Workflows
Learn about 7 Digital Asset Management workflows that are commonly used to save time.

Who are the main users of the DAM?

The picture desk and journalists are the main users of the system. The old process was that someone would request a picture and the picture desk would find it, send it into the content management system, send the journalists the ID and they would then put the image into the article. Now, the journalist can also search the DAM for a picture and send it straight into our content management system and use it themselves.

You now use an Amazon cloud DAM solution. What was the on-boarding process like and how long did it take?

The experience was great. We use Amazon all over the shop, so it was easy for us to spin up a complete instance and go from there. We set up all the feed processes in about 6 months. That was taking all the feeds and converting them into the correct format for the new DAM and, as I said, we spent a lot of time getting all the rights issues correct. As soon as we launched the new system in parallel with the old system, usage of the old system dropped and stopped within three months.

How do you determine the return on investment of a DAM for the Financial Times?

We’ve halved our support costs from the old system and now have more control over the software because we understand it much better and we are able to make changes. If we have a breakdown in the middle of the night, we can normally fix it. A couple of years ago we had to call up a third party and get them to fix it, but we’re now in full control of the system. More users are using the system, and more pictures are being published per month.

Do you want to work faster and smarter? Download the E-Book to discover Digital Asset Management workflows from our very own users (with step-by-step guides!) that will boost your organization's efficiency.

Do you want to read about other organizations that benefit from Digital Asset Management? Take a look at some of our other customer stories, including San Francisco Ballet and the White House Historical Association.