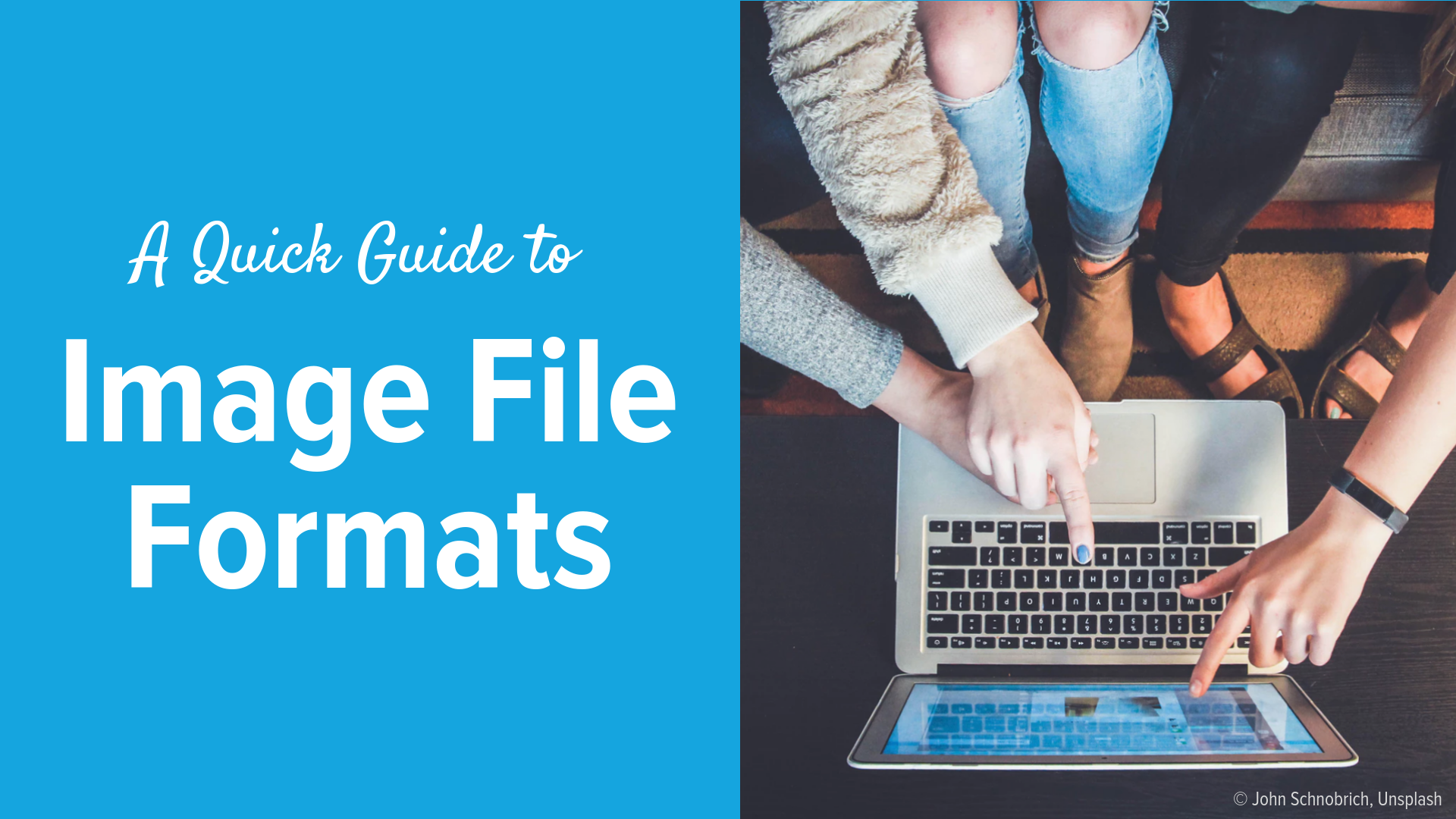 Being pioneers in the DAM industry we are often asked questions about image formats - specifically which one(s) users should be choosing for different purposes. While it would be convenient to reply that "one size fits all", that's rarely the case, and chances are you're going to have to juggle different formats to cater for the different channels you use to market your brand. What you will be sure to do is future-proof your content in such a way as not to limit how an asset you've produced can be reused later (think size and resolution, for example). And you definitely do not want to risk not being able to open or read certain formats in the future because they've become extinct. (Yes, these things do happen...)

In this article, we'll focus on the image formats that you're typically faced with today, and their pros and cons. Different formats naturally serve different purposes, so a guiding principle should be to keep your content in as big a resolution as you'll ever need (clearly, a 32x32px logo won't cut it if at some point you need to create a printed banner with that logo). Naturally, you must weigh that against the cost of storing larger files, so we'll consider some options that include compression as well.

Probably the most ubiquitous format around today, and for good reason. Chances are if you're downloading pictures from an online source, they will be in JPEG format. They'll often show with the extension JPG, but this is for historical reasons - they first saw the light of day in the DOS era when files could only have a three-letter extension, hence JPG.

JPEG is a great format for many uses, but one thing that is often ignored is that it uses lossy compression to save space. While this has put some people off from using JPEG altogether, there's really no need to shy away from it: The JPEG format saves lots of space compared to uncompressed formats, and by choosing a medium to low level of compression you can easily find a good compromise between the spaced required to store it and the quality required to produce anything you'd like in the future.

Cons: No support for transparency; repeated opening editing and saving of the same file may influence quality (easily avoided by using a low level of compression).

The PNG format is a relatively new kid on the block, but with its support for transparency it's become a favorite among web publishers. Unlike JPEG it does not include compression, which makes file sizes somewhat larger, but this is rarely an issue with small web graphics in the high-speed broadband era.

Pros: Well suited for web use due to support for transparency.

Cons: No compression - larger file size than a JPEG of same size.

Do you work with lots of content? Download the E-Book that reveals how companies in media & entertainment efficiently manage their content to work faster and collaborate better!

Animated GIF's were all the rage years ago, when people built personal home pages on GeoCities with glitzy animated icons to separate their home from the crowd.

While often frowned up, GIF's have seen a resurgence recently with the emergence of video playback on the web. A video can be converted to an animated GIF that's natively supported in browsers and will play back without requiring plugins of any sort. Though the format doesn't include sound, this can be a practical way to demonstrate e.g. how to use a specific feature in a piece of software or run a slideshow of screenshots you'd like to showcase.

Cons: Limited to a 256-color palette - original content (image or video) will be reduced to maximum 256 colors.

A format often chosen by creative artists. The TIFF format offers support for layers, transparency and other technical niceties that these users appreciate. As TIFFs don't compress by default, they're often large and take up much storage. While it is possible to compress them using different non-lossy compression schemes - most professional software, such as Photoshop, lets you optionally apply non-lossy LZW compression - this format isn't suited for direct publication on the web.

RAW files are a mixed bunch - almost every type of digital camera that supports storing RAW files produces a proprietary format that stores all the data that the camera model in question collects about the recording. For that reason, RAW files are often referred to as digital negatives, and they must be digitally "developed" to produce a file that you can work with. This development process is often done in Photoshop Camera RAW or another software suite that supports RAW files, such as Lightroom or CaptureOne. Once you've processed the pictures in one of these modules, you can store the result in any of the above-mentioned formats, or another.

Pros: Your digital "negative", can be developed using a RAW file processor and output in any format.

Cons: RAW files are mostly unsupported until converted into a mainstream format. Long term storage of RAW can be risky, since every flavor is proprietary.

You may have come across this option in your digital camera's settings - what it means is that the camera will store both a RAW version and a JPEG version of every single picture you take. This naturally takes up more space on your camera's memory card, but on the bright side you can easily offload both the JPEG and the RAW versions and use the JPEG's right off if you're in a rush without having to "develop" them; for web publishing, social media etc. Then keep the RAW files until you have the time to tune them properly in your favorite tool of choice.

It should be noted that many photo management tools, such as FotoStation, let you work with RAW+JPEG bundles. What that means is that FotoStation will combine RAW+JPEG files to appear as a single file when you're working with them. So, when manage your files, for instance by adding metadata to them or performing other types of processing that don't involve the changing of image data (remember, RAW's have to be "developed"), the changes you make are applied to both the RAW file and the JPEG. By adding a reference number, for example, to all your pictures, you can easily use the JPEG to retrieve the RAW file later if they've parted ways at some point in your workflow. (You do keep the RAW files, right?)

Pros: Your camera produces a RAW file AND a JPEG - and you get the best of both worlds. If you're content with the quality of the JPEG, you can always dispose of the RAW file later and save storage space. (Although some photographers will maintain that disposing of the RAW is never right.)

Cons: Two files take up more space than one on your camera's memory card.

While it would be practical to have a single format that could cater for all needs, you might as well go ahead and learn the differences between the different formats and their uses.

On a positive note, with a functional DAM system you can keep a single large master file in your archive and create derivatives when you need a version for a specific purpose. That will both save space and take some of the headache out of managing all the different flavors that crop up over time. Get in touch to learn how FotoWare can help you overcome the challenges related to the multitude of file formats!

Have questions about other image formats? We'd like to know! Drop us a line on Facebook and tell us!

Now that you know which image formats to use, read our E-Book to discover how some of the world's most successful Media & Entertainment companies manage their content with seamless efficiency.

What Our Readers Liked the Most - Top Content Pieces of 2019