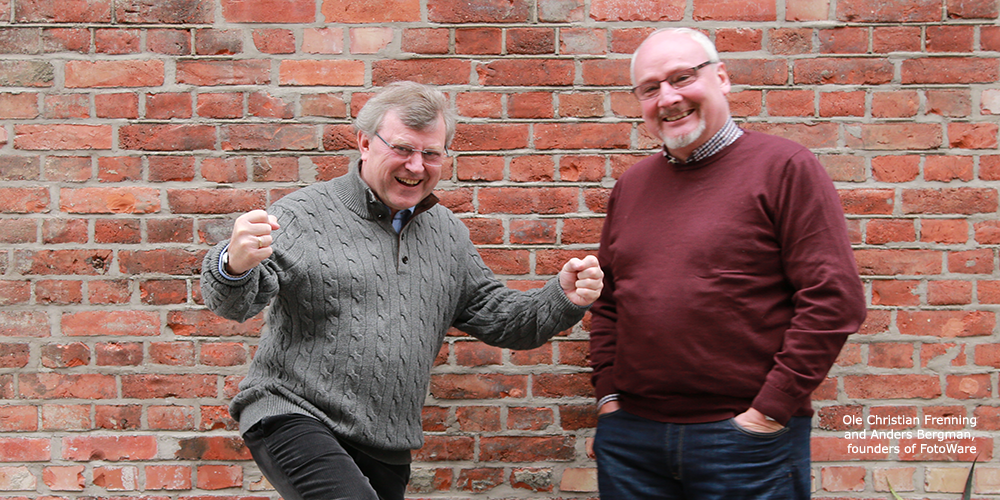 2020 is a special year for us at FotoWare. It marks the 25 year anniversary since our product FotoStation first saw the light of day, and we feel that calls for a proper celebration! What makes the occasion special to us is the fact that the whole FotoWare story sort of began with FotoStation. 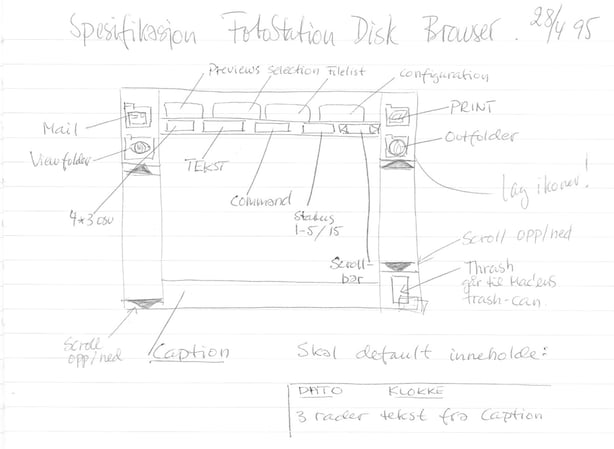 A FotoStation UI prototype from the original FotoWare sketchbook, 1995. Long-term users will easily see that the basic concepts are the same.

How It All Began

When launched in 1995, FotoStation was marketed as a metadata-focused image workstation that could handle large volumes of pictures at newsdesks. Which was no small thing a quarter century ago. Today, digital photography is the norm — everyone has a built-in camera in their smart phones, and kids hardly understand when you try to explain how a roll of film had room for 36 pictures at the most and had to be developed before you could see them.

In 1995, digital photography was a new technology that cost a fortune and was scoffed upon by many photographers for its poor quality and technical shortcomings. Yet, the press embraced the technology. It meant their photographers could go on a shoot without bringing along a portable darkroom. It stands to reason why many press photographers ended up with bad backs…

FotoStation was initially developed by Interfoto (today is known as Foto.no), of which FotoWare was the inhouse software division. Being a distributor of Nikon's cameras and digital gear, Interfoto bundled a Compaq laptop with two Coolpix slide scanners connected via a SCSI interface, and a PCMCIA modem, in a special enclosure. These sold in droves to press photographers looking for a reliable, and far more portable, solution for getting their pictures back home to the newsdesk. 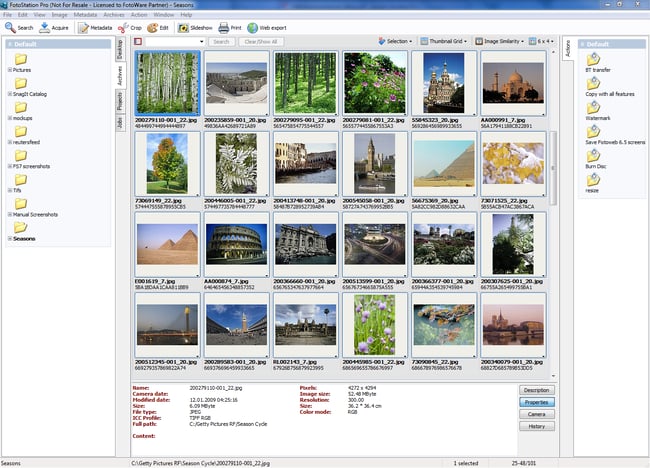 Throughout the years, FotoStation's workflow-oriented layout has remained largely unchanged.

While digital photography quality was initially poor, the technology evolved rapidly. When Kodak launched their DCS digital camera lineup, FotoStation was the first product that included the Kodak API, so that a photographer could import and process the raw files right from the camera via the SCSI interface, or via import from the spinning PCMCIA hard drive (!) in the camera. No wonder the battery ran out of juice fast. Never mind the fact that a single camera house cost the odd 25.000 dollars and would take pictures of comparable quality to that of a first generation iPhone. And yet, they too sold by the dozen!

Equipped for the future

In the early 2000's FotoStation had gained a reputation as a hardcore picture management and metadata powerhorse. When Nikon came to us with a proposal for bundling a lightweight version of FotoStation with their new Coolpix consumer lineup of digital cameras, we soon got around to making FotoStation 4.0, a consumer-oriented version that could complement the Nikon camera offering. Pallet upon pallet left for Japan, where FotoStation would be re-packaged with Nikon's Coolpix cameras and shipped across the world, generating awareness of FotoWare among consumers and prosumers all over.

Since those days, FotoWare has become a cloud-first operation, which has given FotoStation a new lease of life as a cloud-conscious metadata and image organization workhorse. To photographers, local access to their pictures is essential in the initial stages after recording, since they require pro tools to develop and adjust their raw files.

Connecting FotoStation to a FotoWare DAM solution gives you the best of two worlds — powerful local editing and online sharing and distribution of assets. Read more on how it works.

FotoStation lends itself brilliantly to this usage scenario, letting photographers work their magic in Photoshop, Capture One and any other local application they’re using, while making the process of organizing and tagging pictures a breeze. The pictures can then be uploaded directly to the photographer’s own cloud platform — FotoWare —   making the photos accessible from any device and showcased to the public as required.

Proof, we think, that FotoStation has truly stood the test of time! 25 years on, it’s as relevant as ever! And so it deserves a celebration: to mark our 25th anniversary, we've activated a special discount code that allows you to buy to buy FotoStation 8 for only €25, instead of €159!